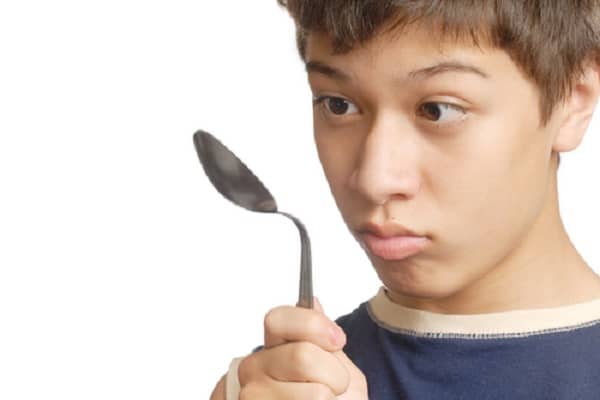 Telekinesis – Reality/ Figment of Your Imagination

“A psychic ability to move objects with the mind” is how Telekinesis a unique concept in parapsychology can best be defined as Telekinesis, also known as Psychokinesis.

The word Psychokinesis was first coined in 1914 by American author Henry Holt in his book called “On the Cosmic Relations”.

This term was derived from the Greek language “psyche” meaning mind, soul, spirit, or breath, and “kinesis” meaning motion or movement.

So the question to be asked is what exactly is telekinesis and is it a reality or just pure fiction?

Telekinesis in simple language is a psychic ability that an individual possesses in controlling any physical system without physical interactions i.e. through the mind. This concept of Telekinesis was first discovered during the 1800s.

Although, this concept has been in existence for a long time now. It was only when the early religion spiritualism just began to peep into Western society 18th century that this concept of telekinesis was first observed.

During this time many psychics claimed to have powers that could connect with the dead. And apparently, objects were supposed to have moved in the air without any physical contact.

Although, a majority doubted the validity of this concept. Many famous personalities like the creator of Sherlock Holmes Sir Arthur Conan Doyle certainly believed in it.

In fact, magician Harry Houdini even exposed many fraudulent psychics who claimed to possess telekinetic abilities. He even wrote a book on such fraudsters titled “Miracle Mongers”.

This phenomenon of telekinesis slowly faded as the general public became more practical in thought.

In what can be called the “rebirth” of telekinesis during the 1930s and 1940’s a researcher by the name of JB Rhine of Duke University developed an interest in the concept that minds can control the outcome of random events.

He also began his research by undertaking tests on dice rolls. While asking the subject to control the outcome of the roll through the power of the mind.

Unfortunately, the outcomes obtained were “mixed” with the effect of the mind being insignificant.  Also, many errors were found in the method used by the Rhine.

A few decades later during the 1970’s the debate of “mind over matter” resurfaced again when a world-renowned psychic Uri Geller earned millions of dollars by demonstrating his famed telekinetic ability.

Although many skeptics claimed that the psychokinetic abilities displayed by Geller could easily be performed by any magician.

In 1976 several children who claimed to have bend spoons using their minds were tested in controlled experiments conducted at the University of Bath in England.

However, those children were caught openly cheating. When hidden cameras revealed that the spoons were physically bent by these children when they thought they were not being watched.

This concept after experiencing a lull was then revived in the mid-1980s.

When “PK parties” i.e. a group of telekinetic believers would get emotionally and physically excited by shouting and jumping while bending spoons became very popular. Many claimed that the spoons were slightly bent.

Although skeptics rubbished these claims by stating that the spoons could be bent accidentally due to all the jumping and shouting that was going around.

As far as this concept of telekinesis goes many believe that there is sufficient physiological and psychological evidence to prove that our brain possesses a capacity to achieve far more than can be imagined.

As it is said that we apparently only use 10% of our brain. So according to many believers telekinetic ability is due to an individual using more of the brain than others.

Although, this logic has been rejected with the suggestion that we all use our brains equally.

Additionally, in his book “50 Great Myths of Popular Psychology” psychologist Scott Lillenfield also rubbishes this claim by stating “The last century has witnessed the advent of increasingly sophisticated technologies for snooping in the brain’s traffic.

Despite this detailed mapping, no quiet areas awaiting new assignments have emerged. In fact, even simple tasks generally require contributions of processing areas spread throughout virtually the whole brain”.

As can been seen it is highly unlikely that the concept of telekinetics is for real.

Although, having said this there have been many believers in this concept including famous personalities such as Arthur Conan Doyle.

Now there exists a fine line that divides the believers from the nonbelievers.

So whether you should believe in telekinesis or not will depend on which side of the fine line you belong to.