Neecha Bhanga Raj yoga is one of the most powerful yoga in astrologyThe study of the influence of celestial bodies on earth and humans More. It makes a nativeOne who takes birth, this word is used for astrology purpose More famous, powerful, prosperous, wealthy and virtuous. The negative experience due to the effect of debilitatedA planet posited in specific degrees in a sign with fall in power and energy is known as its debilitated sign. This is the 7th sign from the sign of exaltation and opposite to exalted More planets makes a person strong willed.

The powerful Yoga Neech Bhanga Raj Yoga makes a person more strong after facing hardships in life. It channelizes his/ her energy in the proper direction, helps in achieving success.

This means a person having Neecha Bhanga Raj Yoga have to faces many obstacles and hardships in life, works hard, becomes strong willed after struggling a lot, finally gets proper direction and achieves success.

Do you underestimate the Horoscopes with debilitated planets?

Do not underestimate a HoroscopeSynonym of birth chart, prepared with date, time and place of birth of an individual More simply because it has some debilitated planet/ planets. If you have a strong will power to achieve what you want in your life, Neecha Bhanga Raj Yoga will remove all your negative approaches and lead you to a successful life.

This yoga will offer wonderful results during periods and sub-periods of debilitated planets, exalted planets, sign lords of debilitated and exalted housesThese are twelve sections of zodiac circle having 360° numbered clockwise Ascendant is known as the first house and the last house is known as the twelfth house Each house represents specific traits used for prediction. More.

This happens especially when occupying favorable houses and signs. The horoscope should be examined very carefully, before going to any conclusion.

I have collected the related information on Neecha Bhanga Raj Yoga as much as I could from various available sources, before writing this article, the final decision will be from readers and critics and I hope the readers may get benefit through this article.

Many celebrities and dignitaries have born with this Yoga and they are famous film stars, sportspersons, and political leaders or hold high official ranks.

This is a very important and most powerful yoga among all the yogas. The debilitated planet gets power after the cancellation of its debilitation.

A person born with Neecha Bhanga Raj yoga will be like a king and will be just and meritorious, as well.

Neecha Bhanga Raj yoga which occurs due to the cancellation of debilitation of a planet, in a horoscope can be present in these situations:

Bad effects due to the debilitation of a planet gets either cancelled or minimised:

Effects of Neecha Bhanga Raj Yoga do not become equal to the exaltationA planet posited in specific degrees with enhanced power and energy at its best Opposite is debilitation. More of a planet. The duration of efforts or the way of achieving success is also different.

If a planet is in debilitation (moon), the lord of the sign (Mars) in which this debilitated planet is placed (moon in Scorpio) at the time of birth is in a Kendra (quadrantOne of the four sections of a horoscope, each bounded by two angles More) from Janam Lagna (Aries) or Chandra Lagna, the debilitation gets cancelled.

Debilitation of a planet (moon in Scorpio) gets cancelled if the lord of its exalted sign (Venus) occupies a Kendra or quadrant from Janam Lagna           (example: Aries ascendantRising of a zodiac sign on the eastern horizon at the time of birth, placed in horoscope of a native, as 1st house is most important in calculation and prediction More) or Chandra (NatalBirth, natal chart is used for birth chart More moon). The person will be like an emperor.

If a planet is debilitated in a sign (moon in Scorpio) and has the aspect of its lord (Mars in full strength). Here the planet which aspectsAngular distances between planets, based on zodiacal longitudes, calculated in specific degrees, viz trine, square, represent relationship between two planets Planets generally influence 3rd, 5th, 7th, 8th, 9th and 10th house due to their aspect More the debilitated planet should not be in combustion.

A planet is debilitated (moon in Scorpio) and Jupiter in exaltation aspects moon (Jupiter in strength).

If a debilitated planet (Mercury in Pisces) aspect another planet in debilitation (Jupiter in Capricorn), the debilitation gets cancelled.

Debilitation gets cancelled if a debilitated planet exchanges sign with its planet in disposition, Parivartan yogaA combination formed due to Mutual exchange More or exchange yoga occurs.

Example: Mars is placed in Cancer and Moon in Scorpio. (The ‘Dispositor’ is a planet in whose sign another planet is located in the natal chart and which resident planet gains strength when its disposition is also strong)

Debilitation of a planet (moon in Scorpio) gets cancelled if this planet’s own sign (Cancer) is occupied by its exalted planet (Jupiter in Cancer), in Kendra (in 4th house from Lagna) and has an aspect on the debilitated planet (moon).

Example: If a planet is in its debilitated sign (moon in Scorpio) in 8th house and Jupiter occupies its exalted sign Cancer, which is Moon’s own sign.

Cancer which is in 4th house from Lagna (Aries) and the exalted planet Jupiter has an aspect on debilitated moon in Vrishchik, debilitation of moon is cancelled.

Debilitation gets cancelled if a planet is in its exalted sign (Venus in Pisces) with a planet placed in its debilitated sign (Mercury in Pisces).

If conjunctionWithin 8 degrees of arc More of an exalted planet (Venus in Pisces) with a debilitated planet (Mercury in Pisces), in a Kendra or Trikona from the Lagna or the Chandra-Lagna, the person will be an emperor or hold a high official rank.

Example: If Lagna is Mithun and both the planets Mercury and Venus are placed in Virgo (in 4th house), the lord of the sign, i.e. Mercury that gets exalted in the sign Virgo, is also occupied by the debilitated planet, Venus.

Both the planets are in a Trikona from the lord of the exaltation sign of the debilitated planet Venus (Jupiter in 8th house from Gemini Lagna). Here Jupiter has an aspect on both Mercury and Venus placed in Virgo.

Sun and Saturn in either Aries or in Libra.

Mars and Jupiter in either Cancer or in Capricorn.

Mercury and Venus in either Virgo or in Pisces.

In NavamshaIn Indian Vedic astrology, this is the 1/9th divisional chart (varga), powerful and the most important of 16 charts (varga), mainly related to marriage prediction. Predictions are made through position of planets in various houses of Navamsha chart, quite similar to the judgments are given according to the position of planets in different houses in astrological natal charts. This chart is not used in western astrology More chart, debilitation cancels

Debilitation gets cancelled if a planet is exalted in the Navamsha chart.

If the debilitated planet is in Vargottham Navamsha (planet occupies same sign in Lagna and Navamsha charts), the debilitation gets cancelled, as the planet gains strength.

A powerful Neecha Bhanga Raj Yoga also occurs along with Vipreet Raj Yoga. This kind of Neecha Bhanga is like a chain which is formed between two or more debilitated planets.

Debilitated Sun is placed in Libra and its sign lord Venus is also debilitated in Virgo, both the debilitated planets gain strong Neecha Bhanga and debilitation get cancelled for both the planets.

If Mercury is debilitated in Pisces, Pisces lord Jupiter is also debilitated in Capricorn, Jupiter and Mercury both gain a powerful Neecha Bhanga Raj Yoga.

Both the debilitated planets Jupiter and Mercury have mutual aspect, a strong Neecha Bhanga Raj Yoga occurs along with both Vipreet Raj yoga and Parivartan Yoga. This Yoga is extremely powerful.

A strong Neecha Bhanga Raja yoga occurs only if the debilitated planet is not combustIf planets are very near to sun, within specific degrees, they lose their strength are known as combust More, gets the aspect of the beneficial planets in strength or owns preferably a favourable Bhava (house).

It should occupy a Kendra (quadrant) in a beneficial and friendly sign, otherwise, only the planet’s debility is removed and it gains strength.


Neecha Bhanga Raj Yoga is a very powerful Yoga which occurs even if a native has debilitated planets in his/her astrological chart and produces wonderful results beyond one’s expectation.

It gives prosperity, wealth, political power, name and fame during the periods and sub-periods of related planets. 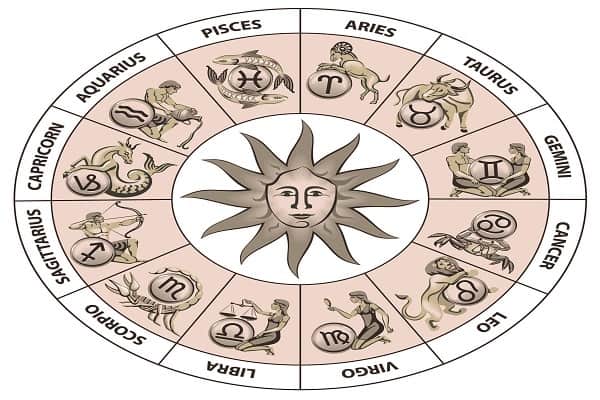