Panch Mahapurusha Yoga is found in the birth charts of successful persons. Five powerful Combinations or Rajyoga are formed by any of the five planets: Mars, Mercury, Venus, Saturn and Jupiter, known as Ruchak, Bhadra, Malavya, Shash, and Hamsa Yoga.

Panch Mahapurusha Yoga is formed due to specific positions of the five non-luminary Graha or planets which are:

The 5 planets i.e. Mars, Mercury, Jupiter, Venus, and Saturn are either placed in their own signs or in their exalted sign.

If the 5 planets i.e. Mars, Mercury, Jupiter, Venus, and Saturn are in Kendra (quadrantOne of the four sections of a horoscope, each bounded by two angles More) from the Lagna (ascendantRising of a zodiac sign on the eastern horizon at the time of birth, placed in horoscope of a native, as 1st house is most important in calculation and prediction More) or in other words, these 5 planets are posited in one of the 4 bhavas.In (housesThese are twelve sections of zodiac circle having 360° numbered clockwise Ascendant is known as the first house and the last house is known as the twelfth house Each house represents specific traits used for prediction. More) – 1st, 4th, 7th or 10th house from the ascendant.

Therefore, this combination (Yoga) is created by any of the above five planets, each having different characteristics or peculiarity to bless us and thus has been given a different name accordingly.

In addition, the character of a certain planet is strongly emphasized in each type of Panch Mahapurusha Yoga.

Some combinations impacting planet strength in the horoscopeSynonym of birth chart, prepared with date, time and place of birth of an individual More are as follows:

SthanbaliPositional strength acquired by planets due to occupying a house, i.e. in exaltation, own house, Mooltrikona, friendly house or in own Sadvargas More (planets in exaltationA planet posited in specific degrees with enhanced power and energy at its best Opposite is debilitation. More or own house).

Divabali (if the nativeOne who takes birth, this word is used for astrology purpose More is born during the day, Mercury, Jupiter, and Venus are strong).

Ratribali (if the native is born during night Mars, Mercury and Saturn are strong).

Digabali (directional strength acquired by planets due to their position at the time of birth).

Examples of Digabali: Mercury and Jupiter are powerful in Ascendant, Mars in 10th, Saturn in 7th and Venus in 4th house.

Also, the native may get a high position, as a great political leader, a state or central government officer, top position in civil services or corporate office, a bureaucrat.

The person will be a successful achiever, as a famous cine star or a businessman and achieve all that one may wish to acquire in one’s life.

Furthermore, individual born under Panch Mahapurusha Yoga will enjoy a luxurious life, will own properties and mansions, luxury cars and many servants.

In addition, an individual will exceptionally successful during the major time period (Mahadasha) and sub-periods (Antardasha) of the planets forming Panch Mahapurusha Yoga.

The level of success will be according to the strength of related planets, in the astrological chart.

Interestingly, Panch Mahapurusha Yoga is considered more powerful when the related planets are direct, in their exalted degrees, non-afflicted or non-aspected by maleficUnfavorable, opposite of benefic More planets.

Moreover, better results are found, if the birth chartA diagram showing exact position of planets in signs at time of birth of an individual prepared with the help of time, date and place of birth More is powerful by itself and these planets are also strong due to their positions or time of birth.

Planetary Combination in NavamshaIn Indian Vedic astrology, this is the 1/9th divisional chart (varga), powerful and the most important of 16 charts (varga), mainly related to marriage prediction. Predictions are made through position of planets in various houses of Navamsha chart, quite similar to the judgments are given according to the position of planets in different houses in astrological natal charts. This chart is not used in western astrology More chart

If same planetary combination (planets in exaltation or own sign) is found in Navamsha chart, in an astrological natalBirth, natal chart is used for birth chart More chart, the results will be excellent, due to the increased power of planets.

Planets in the birth chart should not be very near to Sun or Moon, i.e. in combustion.

The five Panch Mahapurusha Yoga or powerful combinations are known as:

Mars represents, power, energy, bravery, courage, obstacles, quarrel and conflict. Ruchaka yoga is formed when strong Mars is posited in one of the four houses,1st, 4th, 7th or 10th house (quadrant) from the ascendant.

Or Moola Trikona in Aries (1°- 12°) in an individual’s astrological birth chart.

The combination of ascendant signs and position of strong Mars in any of the houses involved, forming Ruchaka Yoga in a horoscope are as follows:

Furthermore, a person born with Ruchaka Yoga will have a graceful appearance, very attractive physique and impressive personality. He/she will have a long life.

Bhadra yoga is formed when strong Mercury is posited in one of the four houses, 1st, 4th, 7th or 10th house from the ascendant,

Or exalted sign (Virgo) in an individual’s birth chart.

It is to be noted that Bhadra Yoga cannot occur in Aries, Taurus, Cancer, Leo, Libra, Scorpio, Capricorn and Aquarius ascendants. It can be created only in mutable signs.

The combination of ascendant sign and position of powerful Mercury in either of two houses involved, forming Bhadra Yoga in a horoscope are as follows:

The native will be tall, attractive, intelligent, intellectual, wealthy, a good orator, sharp-witted, helpful, majestic and very famous with a successful career, at an early age.

In addition, he/she will be of lustful and self-indulgent nature, pay more attention to self-care and live a luxurious and long life.

(i) Mercury in 10th house: If Mercury, the ruler of Virgo ascendant occupies the 10th house, the house for the career, its own sign Gemini, in an astrological birth chart, it is a kind of very powerful Bhadra Yoga.

Consequently, this yoga gives an individual top position in the government or corporate office. One will be blessed with all the materialistic comforts.

(ii) Mercury in the ascendant (1st house): If Mercury, the lord of 10th house Gemini, is posited in Virgo ascendant in its own, Moola Trikona or exalted sign in a horoscope, it is considered a kind of exceptionally powerful Bhadra Mahapurusha Yoga.

This yoga has all the excellent qualities of Mercury and one will be holding the position of a high ranked government officer.

This powerful planetary combination leads to the native being an independent thinker, self-decision taker and of a dominating or commanding nature.

Female having this yoga will be fortunate, related to the career and financial status of her spouse.

Suitable careers: Writer, an astrologer, leader, minister, managing director in corporate, marketing or finance, trader, a good businessman, a high ranked officer in IT world or hold a high position in a government job.

Jupiter represents intellect, brilliance, education, justice, discipline, and spirituality. Hamsa yoga is formed when strong Jupiter is posited in one of the four houses, 1st, 4th, 7th or 10th house from ascendant (Lagna).

Or in its own sign (Sagittarius or Pisces). This yoga cannot occur in fixed sign ascendants i.e. Taurus, Leo, Scorpio, and Aquarius.

The combination of ascendant signs and position of strong Jupiter in any of the houses involved, forming Hamsa Yoga in a horoscope are given below :

The person will have a sharp and elevated nose, good features with tall, handsome and attractive personality.

However, the native may have trouble with teeth and sometimes they are broken at an early age if afflicted by malefic planets.

A woman having Hamsa Yoga with non-afflicted and strong Jupiter will be lucky for her husband or married life, as Jupiter represents the husband in a woman’s birth chart, for example, Madhuri Dikshit. The native will enjoy a long life.

The powerful combinations of Hamsa Yoga

(i) Jupiter in 10th house: If Jupiter the ruler of Pisces (Meen) ascendant is posited in Sagittarius, in the tenth house, house for the career, a very powerful Hamsa Yoga is formed.

One will be blessed with all kinds of luxury and comforts.

One enjoys a luxurious life, the political power and position of authority in one’s life.

Venus represents luxury, comfort and marital bliss. Malavya yoga is formed when Venus is posited in the quadrant from ascendant (Lagna), in one of four houses viz. 1st, 4th 7th or 10th house.

This yoga can occur in all Ascendant signs.

The native will have a beautiful face with large eyes and a very attractive personality.

In addition, he/she will be famous, fortunate, own many vehicles and live a prosperous, luxurious and successful life.

Interestingly, the native will be in contact with many women, in his life but this does not mean his character is questionable.

If this combination (yoga) is afflicted by malefic planets, the native will have bad or unpredictable character.

A native having Malavya Yoga, with strong Venus in his/her birth chart will get a very loving and supporting spouse, as Venus represents marital bliss, in a person’s birth chart.

Saturn represents sorrow, obstacles, and adversity. Shasha yoga is formed when Saturn is posited in one of the four houses, 1st, 4th, 7th or 10th house from the ascendant,

The combination of ascendant signs and position of strong Saturn in any of the houses involved, forming Shasha Yoga in a horoscope are as follows:

The native will rise to a great height but the progress will be very slow and the life will not be without troubles.

In addition, a person having Shasha Yoga with strong Saturn in his/her birth chart will be a deep thinker and would positively implement the ideas and bring them to reality.

Such individuals are good at starting and succeeding in a new venture.

The native will be tall, good looking with an attractive physique and will have many servants, factories and lead a prosperous and wealthy life.

However, if this combination is afflicted by malefic planets, the person will be a bad character (maybe even a robber). For instance, he/she will not hesitate to steal or enjoy others’ wealth.

Important note: A person can have more than one powerful Panch Mahapurusha Yoga (maximum three).

If a person has more than one Panch Mahapurusha Yoga, he will enjoy more success (like a king) according to the strength and number of auspicious combinations (Yoga) present in a person’s astrological birth chart. 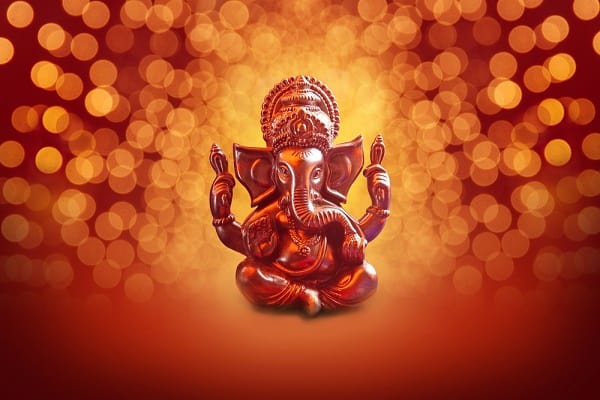