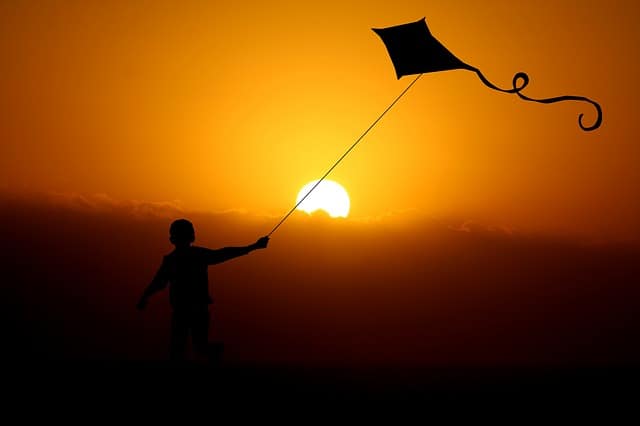 Hindus observe it as the festival of God Sun, by worshiping and offering Arghya to Lord Surya.

Festival Makar Sankranti 2020 will be celebrated on Wednesday, 15th January, 2020.

Hindus celebrate Surya Sankranti in Makar Rashi, or sun’s transitMovement of planets in the sky in real time More in the sign Makar (Capricorn) on Magh Krishna Paksha Pratipada. It is also known as Makar Surya Sankranti.

The period of six months when Sun’s position is in six signs of the zodiac from Capricorn to Gemini is known as Uttarayan.

Makar Sankranti 2020, date and its significance

Makar Sankranti marks the end of winter season and the beginning of the joyous spring season. It is mainly a beginning of the harvest season, this festival signifies the welcome of new crops.

During the Uttarayan Surya (Sun) the days are longer and brighter. Inauspicious month (Kharmas) ends on the day of Makar Sankranti on 15th January 2020.

The days after Makar Sankranti are considered good for starting all the auspicious events with the end of inauspicious month of Kharmas.

The significance of enjoying the recipes of Til- Gur and Urad Dal Khichadi (Mixture of black gram and rice) during this harvest festival is to celebrate the new crops.

The importance of the exchanging or distributing sweets made of jaggery and sesame (Gur Til Laddoos or Chikki) among the people is to forget the past differences and ill-feelings and remain friends in the future.

Sesame is used to keep the body warm, healthy and it provides good oil for nutrition during the winter season.

Makar Sankranti-Uttarayan or Uttarayani in Gujarat and Uttarakhand

It is also celebrated as International Kite Festival in Gujarat by kite flying and lasts for two days.

This festival is also known as Makar Sankranthi or Pongal (South India) or Khichadi (North India and Bihar). It will be observed on 15th January, 2020 (Surya Makar Sankranti).

The main attraction of this significant festival are a black bird known as Ghughuti (Kale kauwa), a garland of the sweet made with the mixture of jaggery and flour(Atta) is named as Ghughuti (Gulgule) in local language and children.

Children come out of their housesThese are twelve sections of zodiac circle having 360° numbered clockwise Ascendant is known as the first house and the last house is known as the twelfth house Each house represents specific traits used for prediction. More wearing garland of these sweet puris (Pua) shouting a song for Kale kauwa requesting to take this garland and eat it.

In Himachal Pradesh, it is known as Uttarayani or Magha Saaji, people take holy dip in the river and enjoy eating Khichadi with ghee and Chhanchh and Til-gur Laddoo.

This significant festival is observed as major harvest festival in all over India and abroad during the month of January, generally on 14 January every year, in different forms.

In Punjab, Haryana, Uttar Pradesh and other parts of North India, it is celebrated as Lohri (13th January) a day before Sankranti.

It is celebrated on the next day as Makar Sankranti or Khichadi in Uttar Pradesh, Bihar and Madhya Pradesh and Jharkhand.

Magh Mela is held on this day at holy Prayag in Allahabad, annually. On this day, Tawa (flat frying pan) is not used for preparing Roti or chapati.

Makar Sankranti, celebration in South India as Pongal on January 15, 2020

Tamil Nadu celebrates it is as a four day festival, as the most popular festival Pongal.

Andhra Pradesh, Telangana and Karnataka people, celebrate it as Sankranthi.

In Karnataka, Andhra Pradesh and Telangana it is celebrated for four days. At dawn, people light a bonfire with logs of wood, other solid fuels and wooden furniture that are no longer useful.

Sweets of different kinds are prepared, distributed and exchanged.

Pongal is celebrated with cooking Payasam by boiling rice with fresh milk and jaggery in a new pot or pots.

Payasam are later topped and decorated with brown sugar, ground coconut, almonds, cashew nuts and raisins early in the morning and the mixture is boiled over the pot.

This tradition gives it ‘Pongal’ name itself. As the rice boils over and bubbles out of the pot, people start shouting  Ponggalo Ponggal and blow the conch. It is a custom to announce traditionally that this would be a good year with the blessings from God.

Then this delicious Payasam or Kheer (new boiled sweet rice) is offered to the God Sun during the sunrise, as praying and thanking to the sun for providing prosperity.

This Payasam is served to all the people in the house as Prasadam.

People prepare delicious food and sweets such as Payasam, Vadai, Murukku, Rasam, exchange sweets and greetings with their friends and relatives.

In Kerala, Makar Sankranthi is celebrated at holy Sabarimala,the Makara Jyothi is visible followed by the traditional Makaravilakku celebrations.

People in Jammu and Kashmir celebrate this festival as Shishur Saenkraat. On this festival, people visit to the temples for worshiping.

Different varieties of food and delicious sweets, in generous quantities are prepared, served and distributed.

Makar Sankranti in Maharashtra and Goa

In Maharashtra and Goa it is observed as Makar Sankranti and married women celebrate it traditionally with Haldi- kumkum by exchanging and offering sweets to each other.

People enjoy delicious food and multi-coloured Laddu (sweets made with Jaggery and Sesame).

They dress up in new clothes and ornaments, perform Puja in temples, visit their friends and relatives to distribute and exchange sweets and gifts with them.

Makar Sankranti celebration as Uttarayan in Gujarat and Odisha

Makar Sankranti is the period between the Makar Sankranti and Kark Sankranti, celebrated in Gujarat and other parts of western India known as the festival Uttarayan.

It is celebrated to mark the movement of sun towards north or Uttarayan from the day of Makar Sankranti.

This day is also famous for kite flying event in Gujarat and different parts of India.

Uttarayan is one of the most significant festivals of Gujarat. Colorful kites are sold in the shops. People fly kites on rooftops and enjoy when they cut any kite, assemble on the roofs and terraces of their houses, enjoy there by singing and dancing.

They buy and enjoy special food, such as Undhiyu (spicy, baked mix of winter vegetables and Muthiya), Puri, Jalebi, Khakhra, Dhokla and Chikkis (made from jaggery and sesame or peanuts).

Vasi Uttarayan is celebrated on the next day of uttarayan on 15 January.

This day is celebrated as Uttarayana or Makar Sankranti in Odisha. A large scale Makar Mela is held in Odisha. After taking holy dip in the river, Puja and rituals are performed at Lord Jagannath temple.

Different varieties of traditional sweets are prepared to offer Bhog to God, then the Prasad is distributed among the devotees.

In West Bengal, this day is celebrated as Poush Parbon, Maghara Domahi. Traditional sweets are prepared with the fresh harvested paddy and the date or palm syrup .This is called Khejurer Gur or Patali Gur.

This Gur is used in the preparation of the varieties of Bengali sweets, made traditionally with either Chhena, known as Sandesh.

The sweets made with rice flour, coconut, milk and ‘khejurer gur'(date or palm jaggery) known as Pitha or Pithe.

Poush Parbon is a three-day festival, begins on the day before Makar Sankranti and ends on the day after the Sankranti.

The Goddess Lakshmi is worshiped on this day. Ratanti Kali Puja will be celebrated, next day on January 16, 2020.

The famous Ganga Sagar Mela is an important event during Makar Sankranti, held at the head of River Ganges and on the banks of river Hooghly in West Bengal.

Lacs of devotees visit this place to take holy dip in Ganges to nullify the ill effects of their past sinful deeds.

Assam and other north-eastern states also celebrate this harvest festival,  it  is called Bhogali Bihu or Magh Bihu in Assam.

This is celebrated with great enthusiasm in Assam, Sikkim and other north-eastern states, by performing Puja, distributing and enjoying traditional sweets.

People wear new clothes after bathing or taking holy dip in the river water, visit to the temples to perform Puja rituals.

Makar Sankranti celebrated in other countries with the following names:

Makar Sankranti is also celebrated in Bangladesh, it is known as Shakraint or Poush Sangkranti.

In Nepal, known as Maghe Sankranti or Maghi, Khichadi Sankranti (Nepali and Maithili) is generally celebrated on 14th January, every year.

This Hindu festival is celebrated in almost all parts of Russia, north-east asia, England, United States of America and Canada.

Makar Sankranti is celebrated in other countries, they are as follows:

The date and Muhurat of  Punyakaal or Punyakal on Wednesday, 15th January 2020, Significance are as follows:

Lac of pilgrims rise early in the morning, take ritual bath at Sangam at Prayag in Allahabad, Kshipra river in Ujjain, Ganga Sagar in West Bengal or at other holy river banks.

They offer Arghya to Lord Surya, chant Surya Mantra and perform different rituals on this day.

Worshiping of Lord Shiva, Vishnu and Surya and prescribed rituals are performed on the day of Makar Sankranti.

Makar Sankranti is considered an auspicious day for visiting the place of pilgrimage, taking holy dip in the river, Ardh -Kumbh or Kumbh- snan followed by donation (snan-dan) .

Animals and birds are given food.

It is considered that the holy Snan-daan may cancel Pitra Dosha and the curses of past and present life.

This day is believed most significant for attaining Moksha (Salvation) and fulfilling long awaited desires of devotees.

It is recommended to distribute and eat Khichadi, made of Urad dal(black gram and rice) and Ladoos made of Til and Gur (sesame seeds and jaggery) also known as Ckikki or Tilkut as Prasad.

You may chant Surya Beej Mantra as follows: