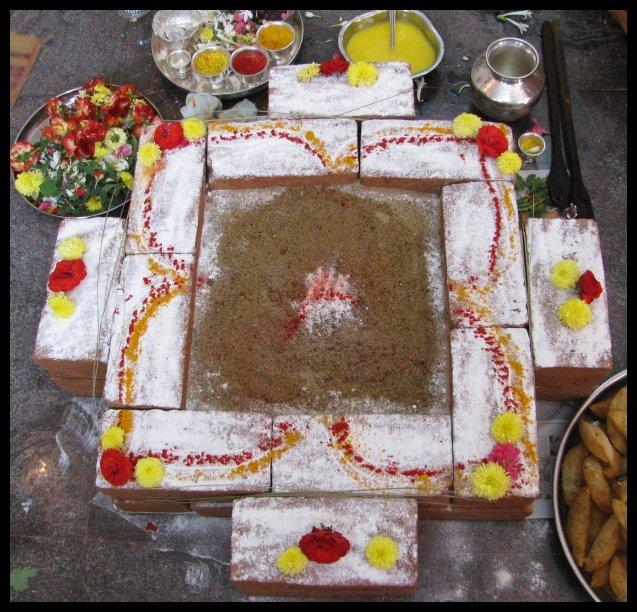 Maa Chandi Havan or Chandi Homa is one of the most significant Havan or Homa among all the Homa or Yajna performed by Hindus.

People perform this Yajna to seek blessings of Goddess Chandi across  India, Nepal and other countries for removing their personal, health and financial problems as well as national problems and maintaining worldly peace.

Chandi or Chandika is the supreme Goddess in the Hindu religion. The incarnation of cosmic energy, Supreme Goddess Chandi is the combined form of Parvati, Lakshmi, and Saraswati, who are the consorts of Shiva, Vishnu and Brahma respectively.

She is believed to be the most ferocious incarnation of cosmic energy or Adi Parashakti, the mother of all the energies, is considered responsible for creation (Rajas), sustenance (Sattva or Satvika) and destruction (Tamas).

Godess is terribly angry with those who act evil. She keeps slaying the bad elements or demons (Asur) who act evil according to Devi Mahatmya.

The incarnation of cosmic energy, Supreme Goddess Chandi is worshiped through the chanting of mantras and performing Chandi Homa or Chandi Hom to get her blessings.

When to perform Chandi Hom?

The best time or Muhurat to perform Chandi Homa is considered to be during the nine days of auspicious Navratri, dedicated to Supreme Goddess (nine forms of Ma Durga or Nav Durga).

It can also be performed on an Amavasya or on other important festivals.

The most favorable Muhurat to perform Chandi Homa are as follows:

Navaratri: The nine special nights of the supreme goddess.

It is highly recommended that Puja, Mantra chanting and Chandi Havan are performed during the daytime.

Finish all the rituals of Chandi Havan or Yajna before the sunset. It is a very important rule, one must follow.

Chandi, the fiercest form of the Goddess (among all the nine forms of Ma Durga), who is the main Goddess of the famous Devi Mahatmya, a great poem.

According to the tales, the chanting of these Mantras celebrates the destruction of demons or Asur, Madhu, Kaitabh, Mahisasur (bull), Shumbha and Nishumbha.

Perform Chandi Homa by chanting Mantras from the Durga Saptashati and prescribed religious offerings into the sacrificial fire (Havan or Homa).

Eat only Satva Satwik food, do not eat garlik, onion or non-vegetarian food during the auspicious day of Chandi Puja.

It is better to perform the elaborate Chandi Homa or Chandi Yagya in a temple, the Homa should be performed by a Brahmin/ Pundit. If performed in a group, it will cost less.

The main rituals and procedures of Chandi Homa are as follows:

Punya Vachan: This is  performed for invoking Lord Varuna for purifying the place, air, Puja materials and the people associated with the Homa.

Maha Sankalp for safety, well- being and peace for the universe.

Sthapana of Mandap Puja with Kalasha and Stambha.

Chanting of Dhyan Mantra, Goddess Chandika Avahan along with Avahan of other Gods.

The important Navarna Mantra is recited to appease Goddess Chandi during Chandi Puja is as follows:

To please Goddess Chandi the nine-lettered Navakshari Mantra, one of the main mantras is chanted during the Shakti Puja, also known as Navarna Mantra or Navarna Mantra.

This Mantra is known for the blessings and the benefits from Maa Chandi for happiness, prosperity, and achievement (Siddhi).

Repeat this Navarna Mantra of Goddess Durga for 108l times.

In Durga Saptashati, when she appears in Markandeya Purana, in the section(Addhyay) known as Chandi or The Devi Mahatmya, she proclaims her prominence:

“I resemble in form Brahman

From me emanates the world

Which has the Spirit of Prakriti and Purusha

i) I am empty and not empty

ii) I am delight and non-delight

iii) I am knowledge and ignorance

iv) I am Brahman and not Brahman”

Kinds of Yagna are as follows:

Chandi Homa or Chandi Yagya: 10 times chanting of Saptashati and one time Homa or Yagya.

Argala Stotra, Devi Kavacham, and Keelaka Stotra: These should be chanted along with performing the Homa rituals.

With the recitation of each Mantra, offerings with the prescribed  materials and sweets should be made into the Homa (sacred sacrificial fire) invoking the Supreme Goddess.

What are the blessings and the benefits of Chandi Homam?

You may be able to remove the obstacles and negativity (due to Black magic or Tantra)) from your life with the blessings of Goddess, recitation of Durga Saptashati and Chandi Homam.

Chandi Homam will help you in getting rid of your Pitra Dosha problems, protecting yourself from serious illness or court cases.

With the grace of Goddess Chandi, your long awaited desires may be fulfilled.

You will be blessed with good health, wealth, all round prosperity, success, name, fame, political power, mental peace and victory over enemies by performing Puja and Chandi Homa.

Chandi Homa, an auspicious sacrificial fire ritual, is very effective and powerful, if performed properly may remove most of the national problems and help in maintaining good relations between countries and worldly peace.