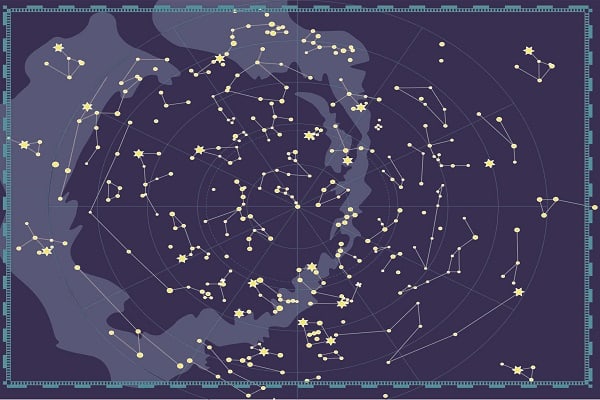 Hellenistic astrology got its name from the region and period, in which it was being practiced i.e., surrounding Mediterranean region (Hellenistic Egypt or Mesopotamia) and Hellenistic period i.e.(1st century B.C.).

With blending of ideas, thoughts and multicultural activities, the complex tradition that prospered was known as Hellenistic Astrology.

The period of the beginning of Hellenistic astrology

Though the exact period is not known, it is believed that its practice began in sometime 3rd century B.C., after Alexander the Great conquered Persia. So many cultures came under one rule, resulting in single official language and same pattern of life.

This astrology, being the ancient of all the modern types of astrology influenced many other subsequent traditions of astrology across Europe, The Middle-East, Africa and India. No doubt, Hellenistic astrology is still flourishing around the world.

The concept of HousesThese are twelve sections of zodiac circle having 360° numbered clockwise Ascendant is known as the first house and the last house is known as the twelfth house Each house represents specific traits used for prediction. More (in birth chart) and other aspectsAngular distances between planets, based on zodiacal longitudes, calculated in specific degrees, viz trine, square, represent relationship between two planets Planets generally influence 3rd, 5th, 7th, 8th, 9th and 10th house due to their aspect More of Hellenistic astrology which were practiced in that period are still used today.

3. Katarchic astrology or electional astrology: This helps individuals to know the best time to do something according to their chart, by electing and picking up the perfect date for a particular event.

Recently, there is revival of Hellenistic astrology, due to translation of the texts from Greek and Latin languages to other languages as well, which have been published in last few decades.