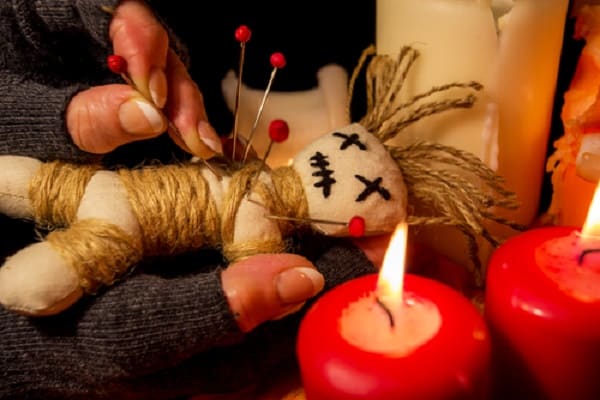 Black Magic a fact or pure fantasy, is a reality or a myth used by the invocation of evil spirits with evil intentions, to harm someone for selfish purposes.

This Black magic consists of various forms of magic. One of the most popular forms is “devil worship” also known as “Satanism”.

Satanism is the invocation of the devil, to cause harm to an intended target, the only goal, but many rejected to accept it as black magic.

In an interview with a newspaper actor, Adhyayan Suman the son of Shekhar Suman alleged that his ex-girlfriend superstar Kangana Ranaut used “Black Magic” with the intention to harm his career.

Now the question to be asked is: What exactly is black magic and is it a reality or a myth?  So to begin with Black magic is a form of magic used to invoke evil spirits for evil intentions i.e. to cause harm.

The origin of black magic

The origins of this black art can be linked to the ritualistic and primitive worship of the spirits that have been practiced for many centuries now.

A book published in 2009 called “Magic and Alchemy” written by Robert M Place beautifully explains the true essence of black magic. In this book Pace also provides a definition of black magic. He also refers to black magic as “low magic” in the book.

During the Renaissance period, there were several forms of magic that were considered to be black magic as they were deemed evil.

During the 16th and 17th centuries, the pure form of magic started getting popular, especially within the educated upper classes. While black or ritualistic magic fast gained notoriety and was subject to persecution.

For instance, Anton LaVey an American occultist and author stated that “White magic is supposedly utilized only for good or unselfish purposes, and black magic, we are told, is used only for selfish or “evil” reasons.

Satanism draws no such dividing line. Magic is magic, be it used to help or hinder. The Satanist, being the magician, should have the ability to decide what is just, and then apply the powers of magic to attain his goals”.

Voodoo a form of black magic

In this form of black magic, the believer is also said to worship a Supreme creator “Bondye” derived from the French Bon Dieu meaning “Good God”.

Also since in Voodoo, Bondye does not have a direct influence on human life the believers worship a variety of spirits that are subservient to the “Good God”. The “Voodoo” doll is also commonly used by believers to harm the intended target.

Now to the question of whether black magic is real or a myth. To answer this question one must understand that first and foremost that this form of magic like any other form is unscientific.

In other words, this is not an exact science and hence there can be no factual evidence to suggest that it is indeed real. The truth is that the word “magic” is nothing but “power in belief”. And it is this concept of “power in belief” is that black magic is all about.

For example back in 1907 in Panama during the construction of the Panama Canal, many workers began to mysteriously disappear.

The disappearance was not taken seriously until one of the disappeared men reappeared with one shoulder missing.

This man claimed that the area has been cursed due to black magic performed by some black magicians and workers were been abducted for some black magic rituals. Apparently, this man died the very same night he reappeared.

So as can be seen from the example there is no clear evidence to suggest that black magic was the cause except for the fact that the man believed so.

Another famous example was the death of the 29th President of the United States Warren Harding who died on August 2nd, 1923.

Initially, the reason for demise was thought of as food poisoning which was then changed to stroke. Although, many months of investigation revealed a possibility of black magic playing a part in his death.

So was it really black magic or a case of food poisoning or any other factor we can never tell?

As can be seen, although there has been a number of instances where black magic or witchcraft has been blamed as the reason for many deaths.

Unfortunately, there is no definite proof to correlate black magic to these deaths. So the question as to whether or not black magic exists ultimately comes down to “the power of your belief”.