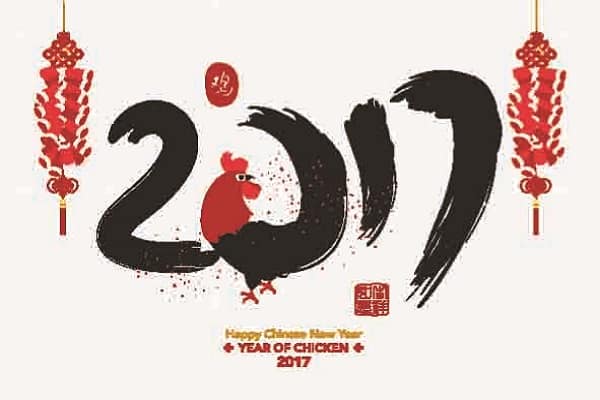 Chinese ZodiacHeaven divided into 12 signs, of 30° each More also known as “shēngxiào” in the Chinese language is a system in astrologyThe study of the influence of celestial bodies on earth and humans More followed by many people in different countries. This 11.86 year cycleA complete revolution of planet in the heaven More of Jupiter’s transitMovement of planets in the sky in real time More consists of 12 animals, begins with a rat and ends with a pig.

According to the Chinese calendar, Chinese Lunar New Year’s Day for 2022 is to be ushered in on Tuesday,  February 01, which is the first moon day.

The date for Chinese New year’s Day always falls between January 21 and February 20, based on Chinese time zone.

During the spring season, people of China celebrate this day as a significant festival and believe anything good done by them on this day will be repeated throughout the year.

In modern days it is known as Spring festival. Apparently this year also happens to be the 4714th Chinese New Year.

Chinese astrology 2022, the year of the Tiger

According to the Chinese zodiac astrology also known as “Shēngxiào”, in the Chinese language is a system in astrology followed by many East Asian countries in which an animal with the unique personal attributes is assigned to each year in a repeated 12 year cycle, this year i.e. 2022 is said to belong to the  ‘Tiger’.

Furthermore, the 12 animals included in the Chinese Zodiac are based actually on the 11.86 year cycle of the planet Jupiter  which traditionally begins with a rat and ends with a pig includes the rat, ox, tiger, rabbit, dragon, snake, horse, goat, monkey, rooster, dog, and pig.

The Chinese astrology prediction for all these 12 signs (animals) for 2017 year are as follows.

Prediction: This is an average year what has been predicated for those belonging to this Chinese Zodiac animal.

This year is said to be filled with challenges and so smooth sailing should not be expected. In terms of finance, a lot of expenditure is to be expected with a chunk of it being spent on travel.

Use of better financial management during the whole of 2017 has also been advised. In addition, a fairly enjoyable social life has been predicted.Overall, it is generally a tough year that has been forecasted. If you work hard, during this phase then it will be a good period for you.

Prediction: A highly productive year is the predication for people belonging to this Chinese Zodiac animal. It has been predicted that this year is the ideal time for you to make optimum use of your skills.

In terms of career at professional front, a big boost in the form of better work prospects is also very likely this year.

Financially also you are likely to earn money via freelance work this year. As for family life, a happy and harmonious love and relationship with the entire family is predicted.

Overall an extremely happy and fulfilling year ahead may be predicted for people belonging to this Zodiac sign, and hence this period must be utilised perfectly.

As for work, the fulfilment of desires shall is highly likely. It has also been predicted that during this year one should take care before joining the new job.

Furthermore, in terms of family this year shall be great, there will be lots of love and support from loved ones which you were expecting. However, it is in terms of managing finances, one must be very careful. In totality, this year 2017 is filled with positivity and loads of happiness.

Prediction: With 2017 belonging to this animal sign Rooster, this year is certainly important for those born under it.

A life altering important change has been predicted. In terms of career, decent growth is predicted along with earning an increased income.

There are some indications for unnecessary expenditure, to avoid this proper financial management at proper time is required.

Furthermore, family life should be harmonious with the support and bond between you and your family, growing throughout the year.

For those unmarried there is possibility of meeting someone special. Overall, the year of the Rooster may be predicted excellent and noted to be one of the best years for this animal sign.

Prediction: An important year is predicted for all those born under this Zodiac animal. On work front, having lots of patience is advised, if you want to eventually taste success. In addition, to improve your career, you will get new opportunities to increase your financial status.

As far as family life is concerned, this year is the ideal time for maintaining strong relations with relatives.It is also a perfect time to settle health issues as well in pursuing hobbies.

So overall it is an important year that is most likely to bring many new work opportunities and moments to cherish with your family.

Prediction: A relatively good with lots of openings but busy year has to be predicted in 2017 for people belonging to this Zodiac animal.In terms of work, this year one needs to work hard and stay consistent in order to achieve desired success.

In addition, this year is also the best year to develop and enhance your work skills and take it to another level altogether.

Furthermore, an opportunity to travel will be predicted during this year, which must be availed with both hands. In relation to family matters, life should be blissful but extremely hectic.

Small issues may also erupt with loved ones throughout, which should be handled with utmost patience great care. In totality, this year shall be really good due to the genuine support received from all quarters.

Prediction: An extremely positive and prosperous year, what will be in store in 2017 for people belong to this Zodiac animal Pig.

Especially for those who are single and lonely, this year is an ideal year for finding their love and relationship partners.

In terms of domestic life, it will be a peaceful one and you will be considered as the solution provider for the problems faced by loved ones. One has to take proper care to avoid a health problem.

At the work front, there is a possibility of a promotion or some extra responsibilities may be given to you.

At Financial front, it may be expected to be stable during this year but one must watch out for increase in some unnecessary expenses.

Overall, this is indeed a good year, hence it may be predicted to be a perfect period to avail an opportunity while the sun seems to be shining brightly.

Prediction: 2017 is a good year with new openings or promotion, what lies ahead for people belonging to this Zodiac animal.

In terms of work, focussing on your strengths and enhancing work skills throughout the year is a must.

In addition, if a work related opportunity does arise during this year it must be grabbed with both hands. In terms of finance, 2017 is extremely promising with opportunities to earn money through new sources being a real possibility.

In relation,to the family life you would be advised to be more of a keen listener in order to resolve issues with loved ones that may erupt during the course of the year.

It is also advised that you should handle people during this year with great care and diplomacy  so as to avoid hurting anyone.

Those who are single may find their love or relationship partner. In general, this year is really good and can be obtained better, provided you learn to be more cautious and tactful in life.

Prediction: A great progressive year is in store provided the hard work and lots of effort is put in,that is what has been predicted for people belonging to this Zodiac animal in 2017.

In terms of career, it would be prudent to focus on the job at hand and enhancing one’s skill further. In relation to financial matters, special care needs to be taken with focus on financial management being a priority during this year.

Meanwhile,family life this year is extremely blissful, you may be playing a leading role in supporting all your loved ones.In addition, this year may be predicted as a good one to enjoy in the company of your friends and family members.

Overall, a successful year is predicted provided you are prepared to put in the hard work and increased efforts so as to make it a good one.

Prediction: A magnificent year with new professional opportunities is predicted for all those people belonging to this Zodiac animal.

In terms of career,some major developments are expected during the course of this year. As far as finance is concerned, it would be prudent to be careful in managing your finances.

Manage to spend more time for personal interests/hobbies during this year.In terms of love,singles could possibly meet their match during the course of this year.

Try to avoid disputes in the domestic life.Overall,this is a significant year provided you adequately plan your way of living.

Prediction: One big roller coaster ride is what 2017 is going to be for people belonging to this Zodiac animal. During this year interacting with people will have to be undertaken with extreme caution.

In terms of career, it would be advisable to take it easy and not stretch one’s self to the extreme limits. Change of job or business may be predicted. Finance needs to be handled with extreme care.

In relation to your family life, it will be extremely expressive and peaceful. However, a difference in opinion could crop up with a loved one during the year, and must be handled with care.

In general, this year seems to be tough but one must always remember that behind every dark cloud there is always a silver lining.

Prediction: Life is full of prosperity and some new job or business opportunities are what the year 2017 would be for people belonging to this Zodiac animal.

In terms of career, you will be interested in continuing studies and enhancing your work skills at your current work place.Take good care of your health.

Family life in general would be good,although one must take care about difference of opinions and disputes raising its ugly head from time-to-time.

In terms of love, this year would be extremely good for romance, and singles are likely to meet their desired match. Overall, the year is predicted overall good provided it is utilised well.