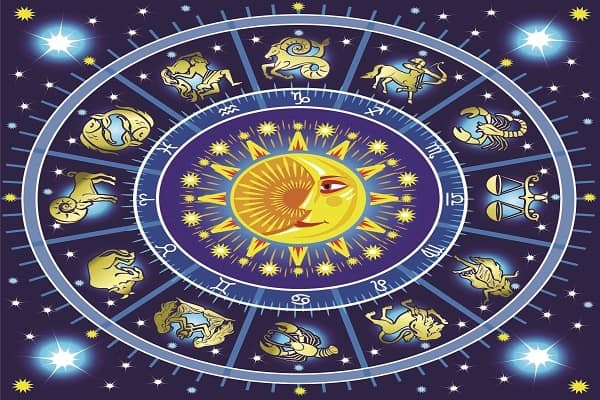 Lagna or AscendantRising of a zodiac sign on the eastern horizon at the time of birth, placed in horoscope of a native, as 1st house is most important in calculation and prediction More, an important elementOne of four divisions of zodiac, based on four primary elements, Fire, Earth, Air and Water. An element has same qualities or characteristics More of astrologyThe study of the influence of celestial bodies on earth and humans More, governs all matters, aspectsAngular distances between planets, based on zodiacal longitudes, calculated in specific degrees, viz trine, square, represent relationship between two planets Planets generally influence 3rd, 5th, 7th, 8th, 9th and 10th house due to their aspect More or facets connected with human life. Lagna is a sign and degree, rises on the eastern horizonThat is the line where the sky and the earth seem to meet together, represents ascendant More at the specific time and location of a person’s birth, differs in each person’s horoscopeSynonym of birth chart, prepared with date, time and place of birth of an individual More based on specific time and place of birth.

The duration of a Lagna or ascendant (the rising sign) is around two hours. The zodiacHeaven divided into 12 signs, of 30° each More signs are twelve in all, they have to cover around twenty four hours duration of a solar day.

Thus each sign has to face the Sun for around two hours and this rising sign on eastern horizon is Lagna, happens to be the 1st house or ascendant of the horoscope.

There are twelve housesThese are twelve sections of zodiac circle having 360° numbered clockwise Ascendant is known as the first house and the last house is known as the twelfth house Each house represents specific traits used for prediction. More in a birth chartA diagram showing exact position of planets in signs at time of birth of an individual prepared with the help of time, date and place of birth More, other eleven houses are counted in anti clockwise direction.

If you want to know your Lagna or ascendant, you should know the date, place and the exact time of birth to calculate your rising sign and its degree. The nine planets of zodiac are then placed in twelve astrological houses according to their transitMovement of planets in the sky in real time More in signs.

Significance of Lagna or ascendant

It is noticed that every individual has a specific ascendant in his/her horoscope because of the particular place and time of birth; even if two children are born in the same family, their upbringing would be in different conditions and their personalities would differ.

The position of maleficUnfavorable, opposite of benefic More or beneficPlanets having natural beneficial and positive influences, opposite to malefic More planets or their combinations in the ascendant have benefic (favorable) or malefic (unfavourable) effects. The aspect (Dristi) of planets on the ascendant also has good or bad effects accordingly.

The planets at the time of birth may be weak, combusted, retrogradeWhen a planet is considered moving backwards in astrology A retrograde planet has less energy or strength More, debilitatedA planet posited in specific degrees in a sign with fall in power and energy is known as its debilitated sign. This is the 7th sign from the sign of exaltation and opposite to exalted More or exalted or in own sign.

There are three modes i) cardinalSigns which are movable. These signs are Aries, Cancer, Libra, Capricorn More or movable, ii) static or fixed, iii) mutableThe signs which have dual nature or flexible nature These are Gemini, Virgo, Sagittarius and Pisces More or common sign.

According to the mode or type in which ascendant is present, the characteristics for the ascendant are different. Ascendant in Rashi Sandhi is not considered good, as it may give result of both the signs.