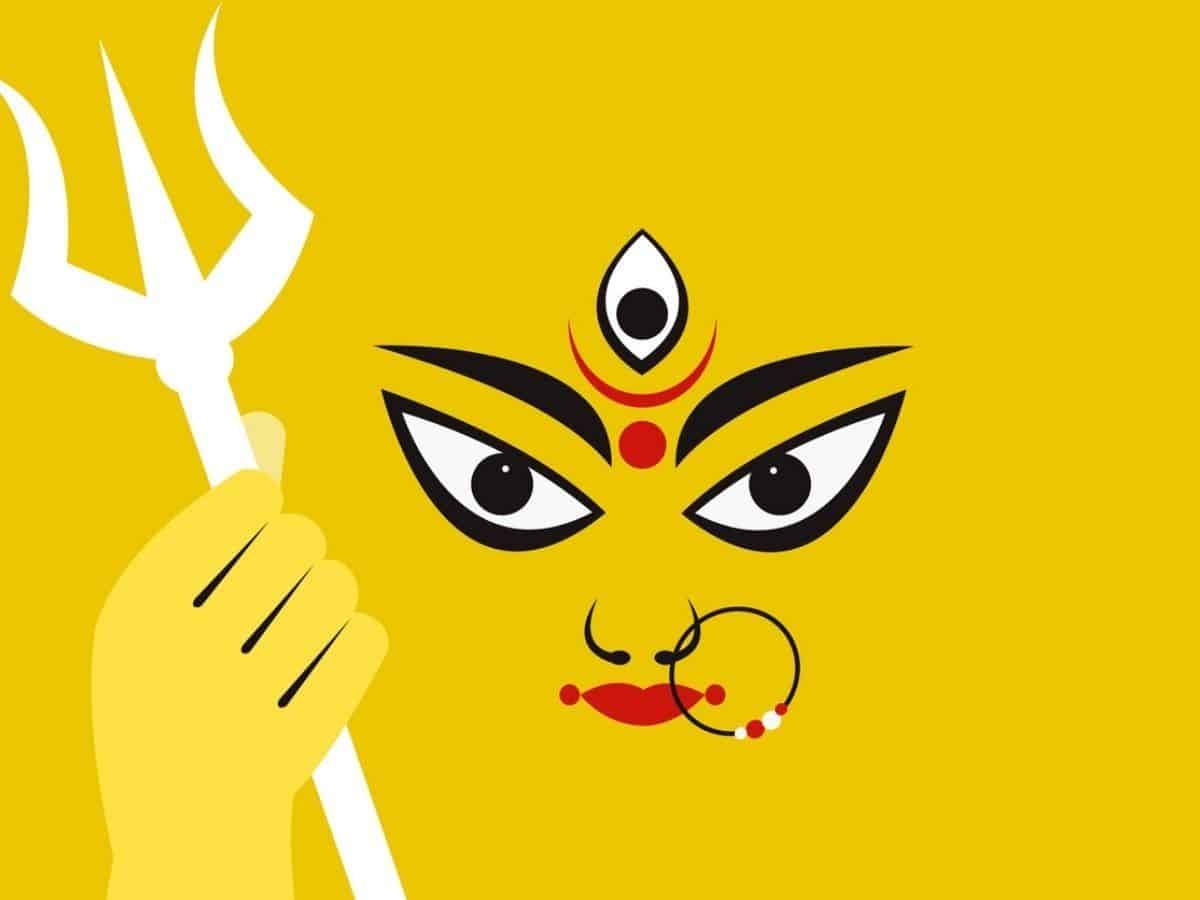 Navratri comes after the last Shraddha of Pitru Paksha, i.e. Matamah Shraddha/ Sarva Pitru Amavasya. It is one of the most sacred festivals of Hindus.

It is one of the most devotional festivals or auspicious periods Hindus celebrate throughout India and different parts of the world.

Sharad Navratri or Maha Navratri is commonly celebrated during the Indian month of Ashwin (Kwar) that starts from Tithi, Pratipada, the first day of the lunar fortnight. As per the English calendar, it usually falls in the months of September and October. This year Navratri starts and ends on a Thursday.

In 2021, Pratipada Tithi starts : October 06, 2021, at 4:35 PM (Wednesday). But as the date and the starting Muhurat of the festival is considered according to the Tithi present at the sunrise, this year’s Navratri Prathama begins on Thursday. Prathama or Pratipada Tithi ends on October 07, 2021 1:47 PM.

In a year, when Navratri begins on a Thursday, Maa Durga or Devi comes in a Doli or Palaki. This is not considered auspicious for the health; some kind of epidemic may continue to spread, at times. People should take necessary precautions to avoid health issues. There will be political unrest, war-like situations among nations.

This Festival is celebrated for nine days and nights. Devotees observe fast, pray, take part in the Dandiya Raas and Garba during nights and offer Prasad to please Goddess Durga.

In the morning of the Pratipada Tithi of Ashwin shukla paksha, the devotees observe fast followed by establishing a platform of soil and planting barley over it. Then the Kalash is established on the platform made of soil or mud along with an idol of the goddess placed on it.

Durga Saptashti is recited to perform the puja rituals. During the Navratri puja, a lamp is lit day and night for the entire nine days during Navratri. People recite Ramayana during this period. Ramleela or the play of Ramayana is displayed to remember Lord Rama, in different parts of the country by the artists.

Muhurat for Ghata Sthapana or Establishment of Kalash and Visarjan in October 2021:

Kalash Sthapana or Ghatasthapana Muhurta begins from sunrise to 10:17 AM (IST), on Thursday, October 07, 2021, on Pratipada or Prathama.

Durga Puja is celebrated from the sixth day of Navaratri (in West Bengal. This will continue for 4 days and then end with Vijayadashmi.

Navratri is celebrated in many cities of the world

Ashwin Shardiya Navaratri or Sharad Navratri festival is a joyous festival celebrated with great enthusiasm and devotion throughout India, Nepal and many cities of the world. Navratri begins on 7th October, 2021, this year.

This is considered an auspicious period for purchasing new garments, jewellery, property or vehicles, laying the foundation of a house, starting an important event or a new business, throughout India.

In West Bengal and eastern regions of India, it is one of the most important festivals.

In Bengal, this Puja is celebrated with the Sthapana and display of artistic and beautiful idols of Goddess Ma Durga and Puja Pandals with different and new themes, observed for five days from sixth day to ninth Day. Huge Puja Pandals are decorated beautifully before bringing the idol of Ma Durga. HousesThese are twelve sections of zodiac circle having 360° numbered clockwise Ascendant is known as the first house and the last house is known as the twelfth house Each house represents specific traits used for prediction. More are also cleaned, a few days before the Puja starts.

People celebrate this festival with great enthusiasm, and visit the Pandals and idols of Goddess Durga. Bengali people purchase new garments and Saris, one month before the festival, give presents and gifts to all the family members during Durga Puja festival.

Puja rituals are performed, followed by dance, music and distribution of sweets as Prasad.

Visarjan (Bhasan): Visarjan is performed after Durga Puja. On the last day of Durga Puja, Murti Visarjan or Bhashan of the Idol of Goddess Durga is observed by immersing the idol into water.

People perform Garba and Dandiya dance as Navratri celebrations in different parts of India, specially Maharashtra and Gujarat during the night. Traditional and delicious food is prepared for celebrating the festival. People can be seen well dressed-up in Garba dresses, special Navratri Indian outfits and new Indo-western combinations.

In Kerala last three days are considered important beginning with Poojavaippu, performed on the evening of Durgashtami. On Mahanavami, the next day, people observe Ayudha Puja or Goddess Saraswati Puja, worship their tools, books and musical instruments.

On the following day, on Vijayadashami, books are removed, known as Puja Eduppu. This day is considered good to start a child’s education or Vidyarambham.

Music and dance are organised for entertainment in temples and halls.

In Karnataka, festival Navrati coincides with Mysore Dasara, dedicated to Goddess Chamundeswari, a form of Durga.

The nine days are dedicated to Goddess Mahagauri. People make flower stacks to celebrate Bathukamma Padunga, rituals during the festival.

In some places this festival ends on Mahashtami, the duration is only eight days.

Performing Havan or Homam on Ashtami and Navami

After observing the last Vrat or fast on Saptami or Ashtami, Navratri Puja ends on Ashtami or Navami. Navratri ends with Ashtami Paran/ Navratri Paran, Kanya Bhoj and Ashtami Havan or Navami Havan, Puja and Snan-dan.

Devotees recite Durga Saptashati Mantras, perform Puja, Havana, and Vrat according to the prescribed rituals to please nine forms of Goddess Durga or Shakti during the auspicious Navratri period.

Chandi Jap can be performed if required during Navratri Puja days for the blessings from Ma Chandi.

Avoid eating non-vegetarian meals, if possible do not eat even onion and garlic. Do not eat anything from a stranger during the nine days of Navratri.

Vijayadashami or Vijaya Dashami starts just after the end of the Tithi Maha Navami. Vijaya Dashami is an important auspicious yoga period or Muhurat, for starting a new event, falls on Friday, October 15, 2021, this year.

Dussehra marks a significant victory of good over evil, which means the victory of Rama over Ravana, the king of Sri Lanka. It represents the end of the power of Asura (demon).

Puja rituals are performed for tools, guns and vehicles on Vijay Dashami festival.